Jo’s passion for water voles began in early childhood, as she delighted in watching their charming antics in her local chalk stream. This passion continues unabated and she is never happier than after her first water vole sighting of the year.

She is a wildlife photographer, amateur ecologist and wildlife conservationist. Her special interests are water voles and wildflower meadows. She loves Nature!

She contributed to three of the book series Seasons published in 2016 by Elliott & Thompsons; edited by Melissa Harrison for The Wildlife Trusts and has had articles published in the Ecologist. 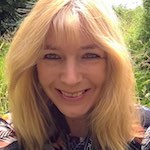 Novelist Kate Long is a passionate wildlife spotter and photographer who has been blogging about her local water voles for 10 years.

She has written for BBC Wildlife Magazine and appeared on Radio 4’s Saving Species and BBC1’s Midlands Today talking about the joy of voles. She also has chapters in Hugh Warwick’s The Beauty in the Beast and in Melissa Harrison’s anthology Spring.

She lives in Shropshire with her husband and two sons. 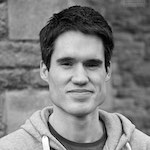 Chris is an illustrator specialising in anthropomorphic animals. He is particularly inspired by Kenneth Grahame’s The Wind In The Willows and of course Ratty the water vole.

Visit his website www.chris-dunn.co.uk to see more of his artwork. 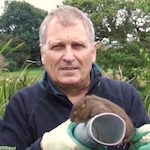 Alastair Driver is cited in Who’s Who for influence and distinction in the field of environmental management and has cared passionately about water vole conservation since he commissioned the original research from WildCRU in 1990, which quickly confirmed that American Mink were having a devastating effect on water vole numbers. He set up the multi-organisation UK Water Vole Steering Group in 1997 with the late and sorely-missed Rob Strachan and chaired that group for 20 years until retirement from his long-term role as National Head of Conservation for the Environment Agency in 2016. Alastair oversaw the Water Vole Steering Group’s production and implementation of the Water Vole Species Action Plan and wrote the submissions to government for water voles and their habitats to become fully protected under the Wildlife and Countryside Act. He is the Director for Rewilding Britain for England and Wales and juggles 15 voluntary roles for a wide range of national and international organisations, including an Honorary Professorship at Exeter University. He is a Fellow of the Chartered Institute of Ecology and Environmental Management.
You can follow Alastair on Twitter @AliDriverUK 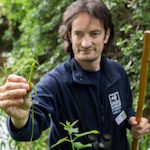 Darren Tansley represents The Wildlife Trusts as the current Chairman of the UK Water Vole Steering Group and advised the People’s Trust for Endangered Species during the development of the National Water Vole Monitoring Programme. He coordinates the Essex Water Vole Recovery Project as part of the Eastern Region Mink and Water Vole Project, the UK’s longest-running, landscape-scale mink control initiative, where he has delivered two successful catchment-scale water vole re-introductions. He currently works for Essex Wildlife Trust as their River Catchment Coordinator and co-authored the updated Mammal Atlas for the county in 2014.